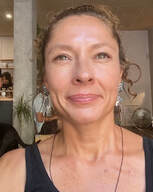 MARIA ELENA OROZCO
María Elena, MA English as a Second Language, Spanish, Classical and Modern Languages and Language Arts, University of New Mexico, 2004 National Board Certification in ESL, 2021 MA in Lengua y Cultura, La Universidad de Granada, España, 2022. María Elena was born in New Mexico, en el barrio de Los Padillas, near Albuquerque. Her family roots are deep, her ancestors arrived here in the 1600s. María Elena identifies as a hispanohablante de herencia mexicana. She has twenty years teaching experience and has taught both Spanish and English as a second language, and Spanish for heritage speakers.  She is married and has two children.

"Teaching Spanish as a Heritage Language is a celebration of who we are as Nuevo Mexicanos, a voice that has thrived amidst chaos, change and hardship throughout history, because the hearts of those who cherish this language are strong. Through the integration of language and culture in the classroom we empower the voices of heritage speakers to uncover their roots and flourish in their linguistic identity." 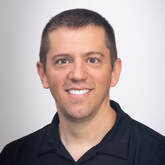 “I believe in the saying “la cultura cura” (culture heals). From cuentos, to música and teaching diverse gente I fall in love with language every time I teach. Because languages are constantly evolving there are always new and exciting things to learn. If you love language, you will definitely love the Bilingual Strategies experience in our beloved Nuevo México!” Francisco J. Ronquillo
Francisco J. Ronquillo was born in Ciudad Juárez, Chihuahua, México.  He immigrated to the US when he was six years old to El Paso, Texas.  His family eventually settled in Anthony, New Mexico where he began his schooling as a pre-first student at Anthony Elementary School.  He graduated from Gadsden High School. He earned his undergraduate degrees and a Master of Arts in Teaching from New Mexico State University; then, eventually earned a Bachelor of Science as a Physician Assistant from the University of New Mexico.

Francisco has been an educator for 27 years.  He has been teaching all levels of Spanish from Beginning Spanish to Advanced, Community and Public Health courses in Spanish.  He is rooted in the belief that a great education is foundational to life success.

He has worked in the public health sector, for more than 20 years and is dedicated to tackling the social determinants of health and the needs of disadvantaged/underserved populations.  As a bilingual educator, he applies popular education approaches in his trainings and interventions with Latino, immigrant and border communities on various health and social issues.

Juanita J. Lavadie, born and raised in Taos, New Mexico will share her Graphics and Fiber Art expertise with the Spanish Immersion Retreat participants.  Juanita will guide us through a 2-hour language-use activity in Spanish, designed for hands-on utilization of re-purposed materials for each participant to create a hand-bound, hard-cover scrapbook journal. The journals will be used to capture personal perspectives and thoughts during the week of full-Spanish immersion. Her most recent and future exhibits and grants include: